Broken Age is a story about independence: both in the game, and in the real world. It comes from the mind of Tim Schafer, a legend of point-and-click adventure games in the ‘90s, and his studio Double Fine, but this time they were joined by about 90,000 people who made this game possible.

It could be said that Broken Age, originally just called “Double Fine Adventure” before they even had a concept about the story, opened the floodgates for video game funding on Kickstarter. Double Fine launched their Kickstarter on February 8th, 2012 looking for just $400,000 to create a small point-and-click adventure game and have 2 Player Productions document the process. Less than 24 hours later, over $1 million had been pledged. By the time their campaign had ended on March 13th, they had accumulated over $3.3 million.

This huge influx of funding proved that games for niche audiences were wanted and viable, and that genres that publishers considered “dead” maybe weren’t in the grave yet. However, this also forced them to massively re-think the scope of their game.

Now, almost 2 years after the Kickstarter launched, Broken Age is here. Or at least the first part is. It turns out $3.3 million isn’t enough to fund a game of this size, so they’re splitting the game into two acts, with Act 1 out now, and Act 2 out in a few months. Double Fine is hoping that this will net them enough money to finish the game.

A Tale of Two Teens

Enough about the story of how Broken Age came about: let’s talk about the story of Broken Age itself, or rather the stories. This game tells two stories that parallel each other: Vella is a young woman who is about to be sacrificed to appease a giant monster, while Shay is a young man who has been stuck on a spaceship run by an overprotective AI “mother” his whole life. Both are unsatisfied with their lot in life, and seek ways to alter their destinies.

You can switch between the stories at any time, though in my playthrough I was so engrossed in the story that I played each story through to completion without any switching. It’s a good option to have though: if you find yourself stuck on a puzzle, you can go ahead and try to make progress in the other storyline.

Unlike Shafer’s previous games, this one is more of a drama than a comedy, though it certainly has its funny moments. It manages to be pretty light-hearted, even though it’s dealing with plot points like human sacrifice and saving the world. And even though the writing isn’t always funny, it is constantly full of wit.

Everything is done in a wonderful hand-painted style

The first thing you’ll likely notice about Broken Age is the incredible artwork. Everything is done in a wonderful hand-painted style based on lead artist Nathan “Bagel” Stapley’s designs. This has been spruced up with some great lighting effects that make the character’s shading change depending upon the light they’re standing in. It’s a great way to make a beautiful world that feels fresh and vibrant. There are a few minor technical issues though: some images, particularly a few backgrounds, become noticeably pixelated in certain scenes, though some replies to issues on the backers’ forum indicate that these could be fixed in a future update. I noticed a few other minor technical issues in my time with the game, though nothing to ruin, or even really detract from, the experience.

Another aspect that really brings this game to life is the incredible music. Composed by Peter McConnell and recorded by a symphony orchestra, this soundtrack is full of memorable themes and wonderful moments. It perfectly compliments the story. However, it seems that some of the tracks are a little too short, as I noticed the music starting over in a couple of areas during my playthrough. You would be making a mistake to not pick up the edition of this game that comes with the soundtrack.

Complimenting the music is some incredible voice acting. Led by an all-star cast of incredible voice actors, Broken Age’s lines are delivered with realism and enthusiasm. Shay is voiced by Elijah Wood (Frodo from the Lord of the Rings trilogy). Vella is voiced by Masasa Moyo, who has over a decade of experience in voice acting for both television and video games. They’re backed up by an all-star cast of voice talent including Wil Wheaton, Jack Black (as a hilarious character I won’t spoil here), Pendleton Ward (creator of Adventure Time), and Jennifer Hale (perhaps best known as female Shepard in the Mass Effect series). There is so much great voice talent in this game and most of the lines are delivered perfectly. 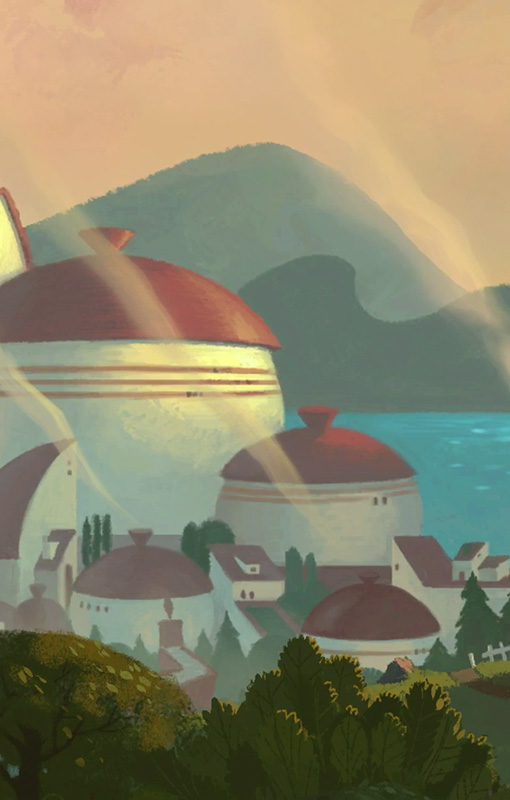 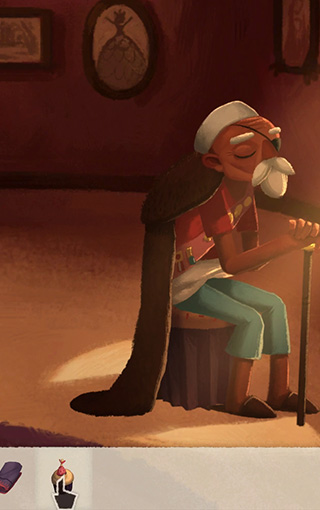 Broken Age follows the simplified point-and-click adventure game model. You have an inventory containing all your items, and there are certain spots (indicated by a change in your cursor) you can interact with. To move somewhere else in the scene, just click. Your character moves and the camera follows. To use an item, just open the inventory, and drag the item to what you want to use it on (this includes other inventory items). There are no verb systems like adventure games from the early ‘90s and earlier: that’s handled contextually. It’s pretty easy to get around Broken Age, and I suspect this will translate well to touchscreen devices when the full game is released later this year.

As far as the puzzles were concerned, I didn’t find them all that challenging. As long as you explore each scene, the solutions should make themselves clear. I only got stuck a couple of times, and that could usually be resolved by backtracking to an area I’d already been and realizing that I missed something my first time around. The game does feel remarkably fair with its puzzles: they follow some remarkably logical logic, unlike some other adventure games I’ve played where you basically have to guess at the rules the world was following.

Broken Age is a fairly short game: most people will likely finish Act 1 in 3 or 4 hours. That’s a fairly typical length for this type of game, and I suspect Act 2 will be another 3 or 4 hours long. It doesn’t have much replayability (the next paragraph will elaborate), but, again, this comes with the territory of point-and-click adventure games. As long as you know what you’re getting into, you won’t be disappointed in the length.

Without revealing spoilers, I will say that the ending of Act 1 blew me away. It ended in a way that was completely surprising, but obvious in hindsight. It left me wanting more, and I can’t wait to see how the story continues in Act 2. The writing, even though the story is set in unrealistic situations, feels completely believable and true to life. There are some paths that couldn’t be explored and some characters that were criminally underutilized in Act 1. I can’t wait to see how these situations rectify themselves in Act 2. I also can’t wait to see how Vella and Shay will continue to grow and change. As I’ve played Act 1 through a second time, I enjoyed seeing the foreshadowing I missed the first time around. 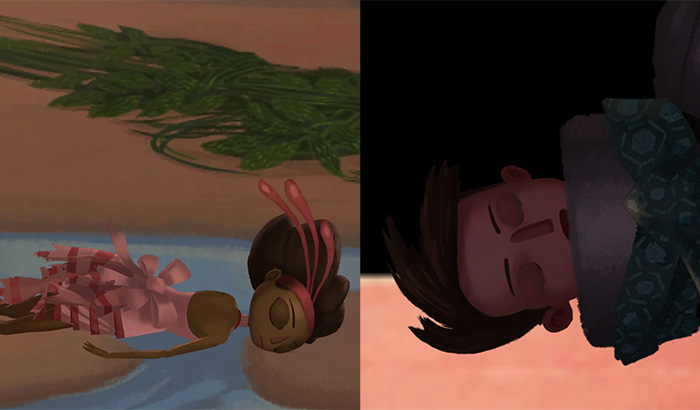 Short, but as Sweet as Vella’s Cake Dress

Broken Age is a game that looks to the past for inspiration, but presses forward to the future in its own way. It’s a trailblazer, and I can’t wait to see how it delights and surprises me in Act 2. If you value story and beauty over length and challenge, Broken Age is the game for you. If you don’t, you should still play it, but you may want to wait for a sale.

Broken Age’s first act will be released to the general public on Steam on January 28th, and will be available for Windows, Mac, and Linux. It is available now for Kickstarter backers.